...and sightseeing in Eger and the surrounding areas. WHY EGER?

Eger has been inhabited since the Stone Age. Today's Eger was formed in the 10th century by St. Stephen (997–1038), the first Christian king of Hungary, who founded an Episcopal See in Eger. Eger is strategically located at the foothills of Bükk Mountain and the Northern edges of the Great Hungarian Plane (Alföld). Eger is ideally located to become the base, both for individuals, families and groups, for visiting many interesting and famous touristic sites and outdoor activities, like tracking, picnic, hunting, skiing, etc.

Eger is situated 130 km to the East from the Capital City of Budapest and 1h 20 min. drive by highway from the international airport.

In 1985 Hungary joined the World Heritage Convention and integrated it into the Hungarian legal system. Since then Hungary has been awarded 8 World Heritage sites of which 4 are in convenient reach from Eger. The year in bracket is the registration year of UNESCO when the site was included in its list. 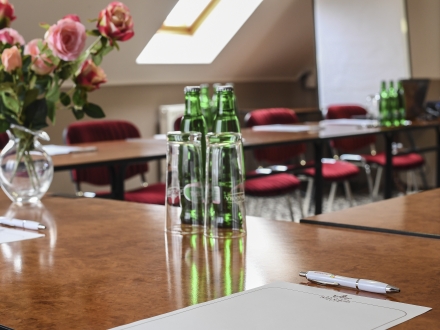